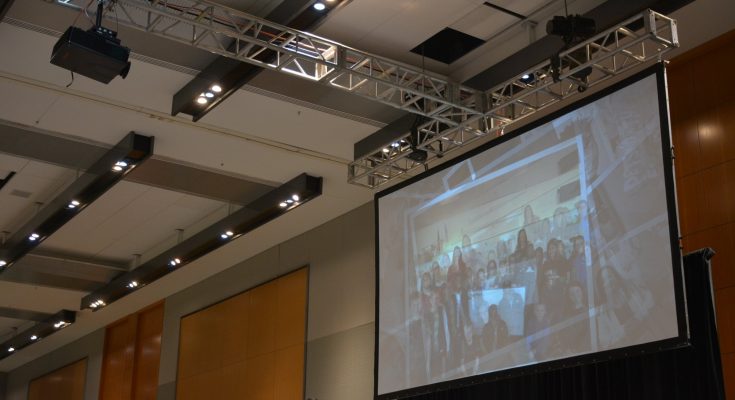 Most projector screens are worth it because they allow you more control than a bare wall. While a perfectly smooth wall is ideal, even slight flaws can detract from your projected image. So, what makes a projector screen worthwhile, and what is its value to customers?

Specifically, smoothness is one of the benefits of a projector screen. What could be better than watching a movie on a screen with a smooth surface? A projection on a crease-free surface, such as a projector screen, is more enjoyable to view.

Furthermore, the large size of projector screens is designed to meet your needs and is convenient. You’ll have difficulty locating a large white sheet to serve as a projector screen. Even so, buying a ready-made projector screen online or in a store will give you mobile projector screens which can be rolled away if not used (up to 130 inches). Whenever the screen is rolled up, it takes up very little space in your storage area, and it may be folded up while hanging from the ceiling and disappear as if it had never been.

Another value of projector screens over a wall or sheet is that a wall must be painted or changed into a screen area in advance, whereas a projector screen may be used anywhere; roll it down when needed and close it when not.

Additionally, projector screens, exceptionally high gain screens, are brighter, so you won’t even notice you’re using a projector; it will appear more like a television.

An ALR screen, or ambient light rejecting screen, has been developed to reflect ambient light to whence it came from while reflecting projection light into the audience, which a piece of fabric might not have.

Things To Know Before Investing In A Projector Screen

While looking for the best projector screen for your purposes, there are some main factors you should think about carefully. They include some questions such as Which projector model do you prefer? How bright and large is your room? What kind of screen do you need?

You may already have the projector you require or a general notion of which projector you will need. You can be sure you’ll obtain the proper projector and screen for the best price if you think carefully before getting your projector. What kind of projector you buy has a significant impact on what type of screen you should get.

The lighting in the room

The lighting heavily influences the type of material your projection surface should be constructed of. For optimal visual quality, screens should reflect light from the projector and use ambient lighting in the space. If your room is brightly lit, you’ll want to invest in an ambient light rejecting projector screen.

When you have more room, rearrange the seating so that people are more centered in front of the screen and the screen reflects more light. In case you have a little space and people are spread out, you’ll need a screen that produces less light for everybody to see the images. Your material selection will have a significant effect on the audience.

Is it necessary to use a projector screen?

The answer is YES. A bare white wall will surely give an excellent surface for projecting an idea, but it will also have drawbacks. A projector screen reflects light far better than a wall. However, if you use a projector without a screen, the quality of the viewable image will worsen.

Is investing in expensive projector screens a good investment?

High-end displays are initially more expensive, but they pay off in the long run. They are long-lasting and provide excellent viewing. They are tensioned to prevent creases and have a variety of functions to make the display more enjoyable. They are also available in larger sizes than standard ones.

In cinemas, high-end projector displays are employed. It’s undoubtedly a worthwhile investment if you’re looking to establish your home cinema.

Is it better to display onto a wall or use a projector screen?

A screen boasts an impressive possible quality and definition. A screen’s ability to reflect light is unrivaled by a wall. Projector screens outperform most walls in this regard because they have no defects, cracks, or bumps.

Is it worth it to invest in a 4K projector screen?

If you want a spotless and clear image, a 4K screen may be the solution. The factor to bear in mind is that you’d have a whole 4K experience without paying a 4K pricing. A 4K TV may be a better option.

To summarize, if you have the financial means, projector screens are worthwhile; they deliver an incremental approach and are smoother, contributing to an overall cinematic experience for consumers.

Although they can be pricey, we believe they are worth it, as they are better than a painted wall and a piece of material. 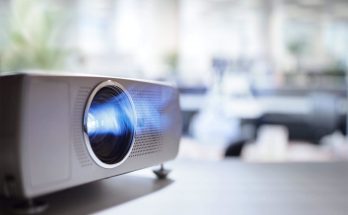 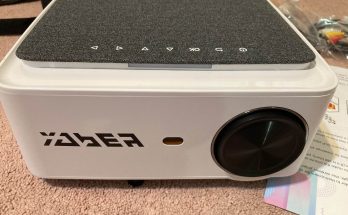